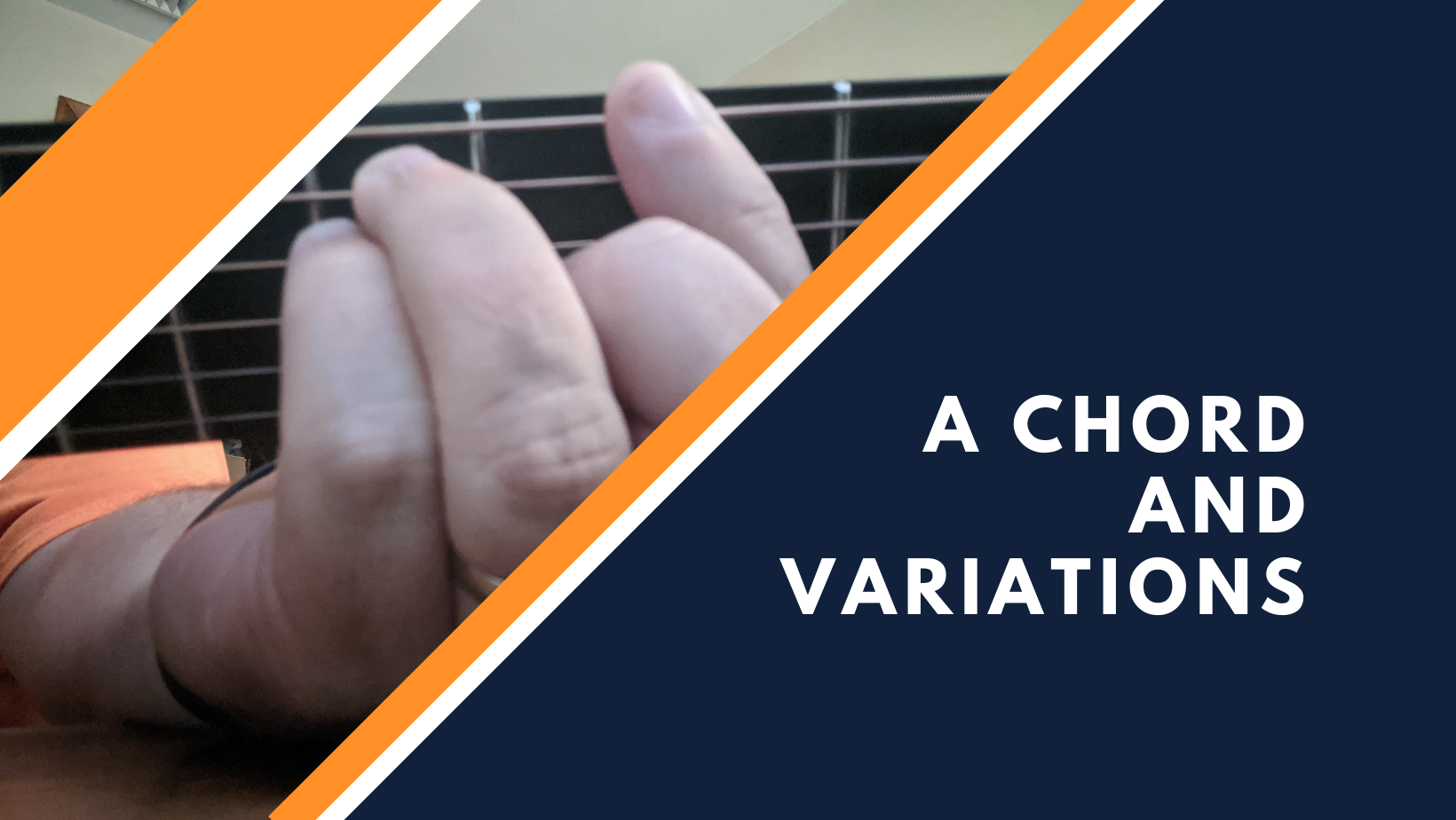 Here we will look at a number A chord variations on guitar. An A chord is made up of three notes: A, C#, and E.

The first version of the A chord we’ll look at uses a number of open strings, giving you a full sound. Notice I am including two ways to finger the chord. The bar(or barre) version is preferred but if this is too challenging, you can also use the three finger version.

A Chord at Fifth Fret

The next version of the A chord we will look at will be at the fifth fret of your guitar.

We are using all six strings on this chord, so it may be a bit challenging at first but it sounds great when mastered.

The is a “moveable chord shape” – meaning if you keep your fingers in the same position but all on a different fret, it will be a different chord. Therefore, do this shape at the third fret and it is a G chord.

Most chord shapes are movable so let’s not get too hung on that point!

Beatles Songs in A Major

A Major Chord at the 12th Fret

Here we start where we began but an octave higher. The frets are smaller here so it may be a little easier. To be honest, I don’t hit all the notes in general. Give it a try but forgive yourself if you miss some of the high notes.