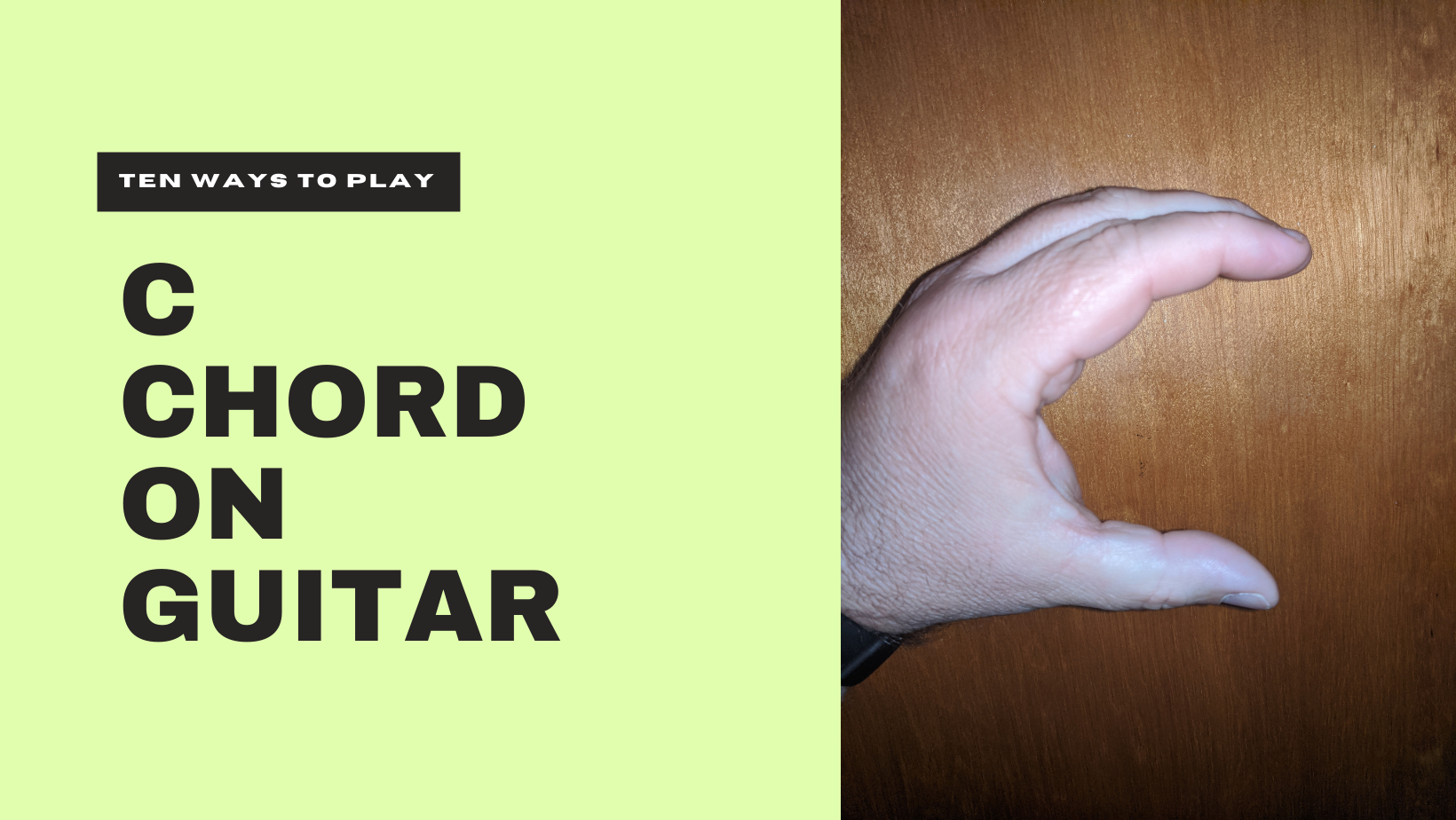 The C Chord on guitar is probably the first chord you will or did learn on the instrument. This is probably true for piano as well.

Why is C the first chord learned on guitar?

In traditional lessons students learn the instrument and music theory at the same time. In order to learn how to read music, a student needs to identify the key signature of a song. This is indicated by the number of sharps or flats at the beginning of the piece of music.

The key of C has no sharps or flats, so in theory it is a little easier to learn.

Now on to The C Chord

The C major chord consists of three notes: C, E and G. C is considered the root, so most versions C will be the lowest note of the chord.

It’s an open chord because you are employing open strings in the chord.

C Chord at the Third Fret:

C Chord at the Eighth Fret:

Okay, you are going to play all of the strings with this baby!

Although your first finger is barring all of the string, it is only holding notes on the first, second and sixth strings.

Practice it, master it.

More Variations of the C Chord on Guitar

For the record, some of these are considered partial chords or inversions. A partial chord is missing one of the notes – the are also known as power chords. An inversion, on a C chord, is when the E or G is played lower than the C.

Check out some Beatles Songs in the Key of C

That’s a whole lot of chords! A great way to practice is change the version of the chord every measure. Eventually you may hear some familiar sounds as professional guitarist do this often.

Are Guitar Lessons Worth It

Beatles Songs in the Key of C