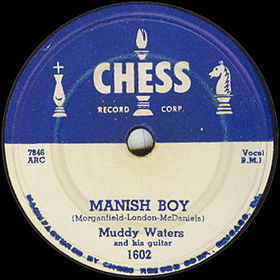 Whether you play rock, country or pop music, there are certain old school blues songs every musician should know. Every music genre has its key tunes .Jazz cats should know Misty, My Favorite Things, and Take Five. Rock guys need to know Johnny B. Goode and Smoke On The Water. Even if they don’t ever want to play them, chances are they know how play them.

Here are some of the selections for the blues. Blues has been around for a century, so when I say “Old School Blues” I’m thinking songs that have been around and important through the generations.

Crossroads probably got more young guitarists to not only search for the recordings of Robert Johnson but also begin a long fascination of guitar god Eric Clapton.

If you are only familiar with the Cream version, you may be surprised when you hear the original by Delta Blues great Robert Johnson. Let’s just say, Clapton and Cream made it their own. The only things that remains from the original are the lyrics and chord progression.

The legend of Robert Johnson tells a story of a young guitarist who made a deal with devil at the crossroads. Johnson got talent and fame in exchange for Satan getting his soul. There is a haunting quality to Robert Johnson’s recordings and fact the he died a violent death at a young age, have only added to the tale.

The movie Crossroads stars Ralph Macchio as a young guitarists who is looking for Johnson’s lost song. Macchio’s character meets up with Willie Brown, a harmonica player named in the last verse of Crossroads, and heads down south of his quest. I won’t give anything else away but there is a cool guitar duel with Ralph and Steve Vai. Vai is responsible for all of the original music in the movie.

Another notable cover is by Lynyrd Skynrd on their One More From the Road live album. Very similar to Cream’s yet slightly more intense.

Got My Mojo Working

There isn’t a blues band around that hasn’t done Got My Mojo Working at some point. The tune was written by a relatively unknown songwriter, Preston “Reds” Foster. The original artist to record it was Ann Cole.

The story goes that Ann Cole was opening for Muddy Waters prior to releasing the song. Although her manager warned her again performing the song, she did anyway. After the tour, Muddy went into the studio to record his new song: Got My Mojo Working.

Muddy Water’s version of Got My Mojo Working came out just after Ann Cole’s. Muddy’s version would become the premier recording of the tune. In the video below, you can see what a great rendition by Muddy Waters at the Newport Jazz Festival.

Paul Butterfield Blues Band, BB King, Etta James and even 60’s British pop band the Zombies have all covered Got My Mojo Working.

Although today people think of “mojo” as feeling, the original meaning is more of a good luck charm stemming from African American traditions.

Not only is Dust My Broom a classic Old School Blues tune but it is probably the standard when it comes to electric blues slide guitar. Probably the best known version is by slide great Elmore James, however the songs dates back a bit further.

As with many blues songs on this list, Robert Johnson recorded Dust My Broom as well. Johnson’s version is similar to Elmore’s but obviously acoustic, solo and without a slide.

The Robert Johnson version was recorded in 1936. There are a number of songs with similar lyrics but different names recorded earlier. The Sparks Brothers recorded a song “I Believe I’ll Make a Change” in 1932. A year later, Jack Kelly recorded a song titled “Believe I’ll Go Back Home.” Both of these songs are similar to Dust My Broom in terms of lyrics.

Perhaps one explanation of similar lyrics, is the use of Floating Verses. These are verses of lyrics that are so common, they are used in many songs in blues and country music.

The significance Elmore James version of Dust My Broom is the influence on electric slide guitar. Not only has the song been covered by ZZ Top, Howlin’ Wolf, Hound Dog Taylor and countless others. The riff has been used hundreds, maybe thousands of blues songs.